The latest figures published by the ONS have found the producer price index for fashion and textiles employers has remained stable with q3 2015 remaining in a similar position where it has been since early 2014 across each of the three fashion and textiles manufacturing sub-sectors. The one interesting trend to pick up on is the continuing decent of leather and related products from an index high of 125 in early 2014 (2010=100 so shows since then producer prices increased by a quarter to this point.) It is now down to 121.5 on the index.

A major driver of this stability can be linked to the continued subdued prince of the oil aided as well as continued low inflation and interest rates that has allowed UK producers control of their cost base. 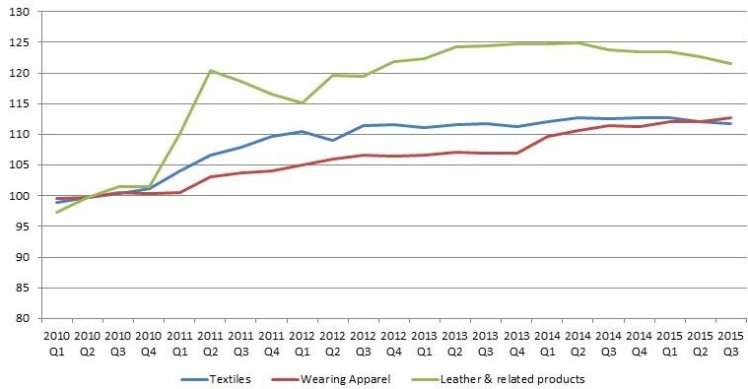