Provisional full year figures published by the Skills Funding Agency show that apprenticeship starts on the Fashion and Textiles Apprenticeship in the 2014/15 academic year in England have flourished. 260 new starters were recorded on the Apprenticeship in this period, an increase of 65 per cent on 2013/14 figures when 170 were registered.

These numbers are significant; as whilst still representing a small proportion of the employed population (the Alliance project report estimated 90-100,000 people in employment within the UK) it does show the industries reported skills shortages (coupled with the confident sentiment returning and growth ambitions of many firms) is necessitating the need for new skills staff into the sector.

The only disappointing trend within these figures is the low take up of the Higher Level Apprenticeship that saw no registered starts in the 2014/15 academic year. 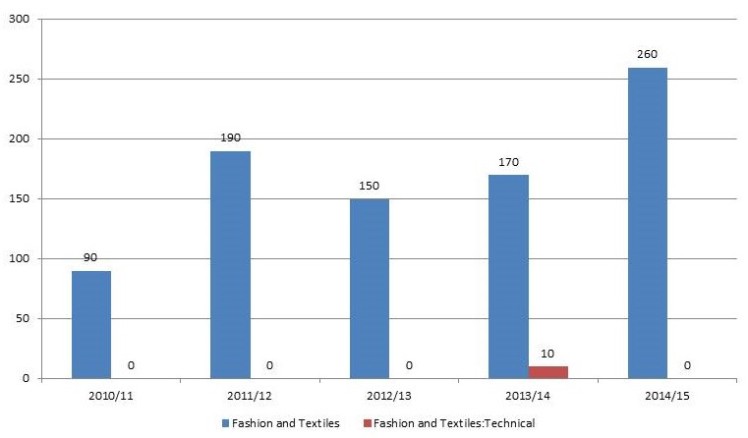