As we have seen, it seems as if the UK consumer is re-enforcing the message that the economy is back in growth through the continued increase in consumer spending on clothing and footwear.

An interesting indicator of this confidence can be seen in the spending on the cleaning and hire of clothing that grew to £846 million in 2014, up six per cent on 2013 and the highest value since 2010 as people begin to spend their disposable income.

Indeed, the broader growth and downturn in the UKs economic cycle can be plotted within these figures. During the pre-recession boom, consumer spending continued to rise, reaching £1bn in 2009. Post 2009, this had fallen back to £797 million in 2013. 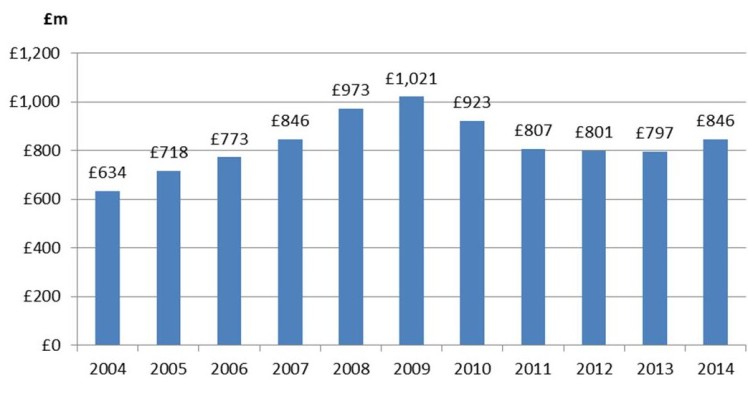 Despite the rises seen in the annual figures, the latest quarterly consumer spending data show a slightly different picture emerging. The q1 2015 figures show household consumption of clothing cleaning and hire of clothing continued to fall for the fifth successive month and now stands at £180 million for the quarter. This is the lowest quarterly figure recorded in the past five years with only q4 2012 at a smaller value.

Compared to corresponding quarters, it does show a continued downward trend with consumers having spent £227 million in q1 2010 and even in 2014, £221 million. The figures could show the increasing confidence in the economy that people are prepared to spend again on new clothing, as evidenced in the consumer spending figures. With this it will require a keen eye to see if spending repeats the pattern of q2 2013 or whether this is part of a longer term trend.